The veteran spent the second half of the 2018-19 season representing Burnley, but he arrived at the Turf Moor only till the conclusion of the season and given that he couldn’t do anything extraordinary during his brief stay at the club, it seems unlikely that they would be interested in …

Peter Crouch has been at Burnley for two months and the former Liverpool forward is impressed with the calibre of strikers in the club. Ashley Barnes and Chris Wood are the two main forwards at the club and both players have forged a fruitful partnership this season. Wood has been …

The ace Peter Crouch in a recent interview shared his opinion and told that Chelsea is missing the services of a striker like Diego Costa in their team. And he also believes that they should leave no stone unturned to get back their former player in their team. But, Diego …

Former England international, Peter Crouch has showered praise on former teammate Rafael van der Vaart, writing in The Daily Mail that the Dutchman would have gone on to become a legend at Tottenham Hotspur had he stayed at the North London club a little longer. The Van der Vaat transfer …

Stoke City striker Peter Crouch said that he is ready for the new season. He said that he has been working hard in training to get back to full match fitness as he suffered numerous injuries last season. He admitted that it was a tough season last year and that …

Few would be forgiven for pitting the image of retirement with Stoke City striker Peter Crouch as he uploaded an image of him in some resort standing in front of a couple of giraffes as he captioned the picture as spending time with “family.” The England international apart from his … Stoke City’s Peter Crouch has made history as he scored his 100th Premier League goal on January 14th after his team faced off with Sunderland in a match that resulted with Stoke City winning the match 3-1.

Peter Crouch is the 26th player that has ever managed to do accomplish this milestone and for a performer that is 35 years old, it’s surprising as well as impressive for somebody with that age range to be not only consistently playing but also writing his name in records of the Premier League. 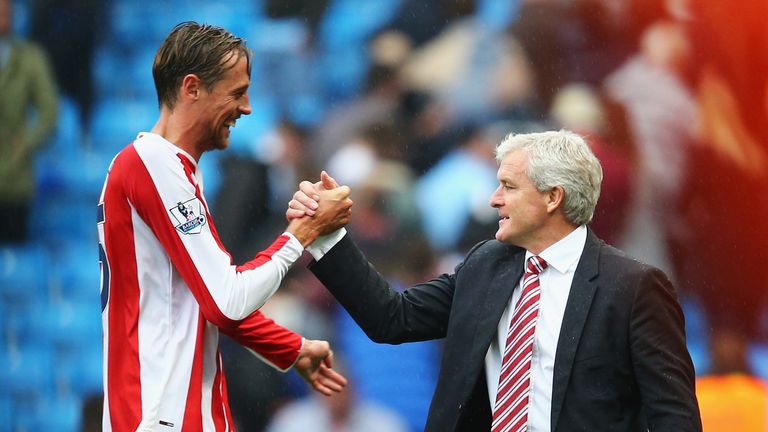 The latest season of the Premier League 2016-17 kicked off on August 13 of 2016 and even though there has been a total of 12 league matches played, Peter Crouch has only been able to make 6 appearances as his time with the first team is extremely limited and rare with the English attacker only being able to get playing time for specific matches.
Back to Top