Liverpool defender Trent Alexander-Arnold received plaudits from several football pundits after his impressive performance against Aston Villa. Liverpool came from behind to defeat rivals Aston Villa to continue their impressive run in the season. 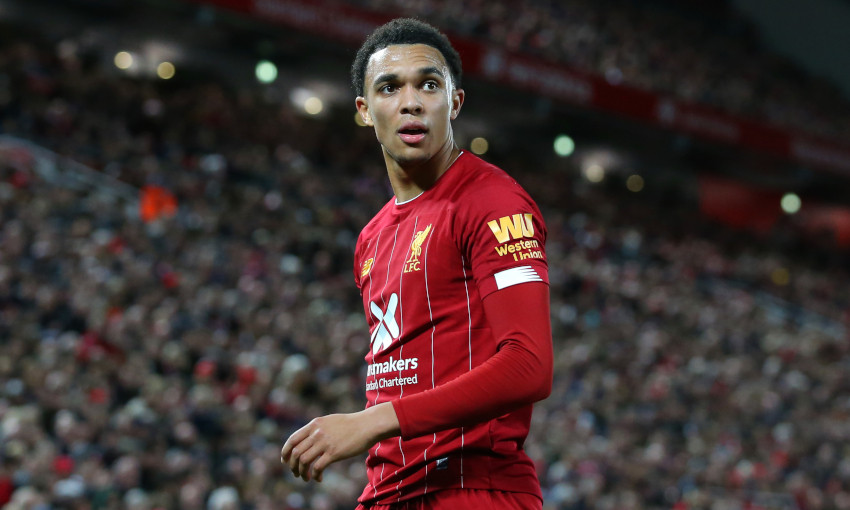 In the game at  Villa Park on Saturday he made his 37th key pass of the season which places him one above de Bruyne. These stats are astonishing for a defender,  who whipped in cross after cross for the likes of Sadio Mane and Virgil Van Dirk.

He was also able to change the pace of the game with accurate crossfield passes to his opposing number Andy Robertson.  Sky Sports pundit Gary Neville revealed that Alexander-Arnold is currently one of the best in his position.

This is indeed high praise from the legendary right-back who knows the demands of the position during his time at Manchester United.

Former Liverpool forward Peter Crouch was also part of the pundits that praised the defender claiming that Alexander-Arnold is one of the key players for the club this season.

If the defender continues to develop at this pace, it would be no surprise if one of the clubs in Spain comes for his signature.  There have been rumors that Barcelona was after his signature last summer and the speculations continue to abound.

Alexander-Arnold has been recognized off recent for his performances with the player making the shortlist for the Ballon d’Or. Liverpool have been sensational this season with the club currently top of the pile six points off rivals Manchester City.

They have the chance to move clear when they host the Manchester club at Anfield this weekend.